On a global scale
with deep local expertise

Global business. United team. Together we take reasonable and responsible investment decisions that lead to attractive returns for our investors and have a positive impact on society

The foundation of the UNICAP management company is the goal of the world community, expressed by the UN, to implement large-scale infrastructure projects on the principles of PPP – public-private partnership.

For this task, people with market experience and knowledge were involved, adhering to modern business views, capable of deductive thinking from general to particular, starting from long-term efficiency (integration) and long-term productivity (entrepreneurship) in order to create new markets.

UNICAP is an independent infrastructure management company that has been developing since 2003, and now it controls assets of 200 million euros. We follow a number of unique investment strategies, with particular emphasis on developing highly diversified portfolios in a wide range of infrastructure projects. Thanks to our specialists, based in eight offices around the world, our local presence helps to better creation and management of assets, as well as strengthen relationships with key partners. This approach has led to a long-established track record providing consistently superior risk-adjusted returns.

He was born in 1970 in Tashkent, in an academic family of Soviet scientific and economic figures.

grandfather – Abil-Kasym Sadykov:
public, scientific, economic figure. He belongs to the dynasty of one of the ruling Persian families. He took an active part in negotiations with Junaid Khan. He was the rector, vice-rector of a number of higher educational institutions.

grandfather -Vakhab kadyrov:
power engineer, economic figure, participant in the construction of the Aswan hydroelectric complex in Egypt, held senior positions in the structures of the Ministry of Energy of Uzbekistan.

Dmitry Sadykov-Kadyrov entered in 1988, and in 1994 graduated from the Kiev Institute of Civil Aviation Engineers (now the National Aviation University) specialty “operation of aircraft and engines”.

Since 1991, began his entrepreneurial activity, engaged in the promotion of energy credits, industrial equipment, airfield, special and career equipment BELAZ, MAZ, MTZ to the markets of the Eurasian space.

Among the most significant achievements of that period, it is worth noting the creation of «VestInvest» – one of the successful investment companies in Eurasia, participation in the construction of the Rostov Nuclear Power Plant within the framework of cooperation with the Rosenergoatom concern. He served as an official representative of Penzcompressormash– the world’s oldest manufacturer of equipment for nuclear energy.

In addition, have been living in the Czech Republic for a long time, Dmitry invested in industry, acquiring the production enterprise of teflon materials Flontex for energy and aviation for technologies of DuPontand Gore—Tex companies and supplying manufactured products to the European markets.

Also, since 2003, he has been engaged in the implementation of engineering projects in the field of ecology, energy and resource conservation, developed entrepreneurial activities in the field of investment in infrastructure projects based on energy-efficient contracts in partnership with a number of multinational corporations (including Bilfinger, Culligan, Dow Chemical and Degremont), becoming the founder of the Eurasian Environmental Center. He has trained a significant number of highly qualified specialists. Implemented 200+ infrastructure projects.

Since 2005, he has been the official representative of the world’s oldest engineering operator, Aqseptence Group.

Since 2012, having created UNICAP – an investment fund and a management company for the implementation of initiatives using PPP mechanisms, he has developed and implemented a series of innovative projects, including the project of a joint industrial enterprise with the American TNC Culligan. 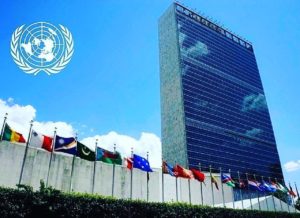 The activities of the Unicap Foundation are inextricably linked and based on the principles of sustainable development of the UN.

By 2017, thanks to the efforts of Dmitry as part of an international team, Culligan successfully attracted investments from Advent International, one of the world’s largest investment corporations, in the amount of $1 billion, and in 2021 it was sold to the investment market giant BDT Capital for record $6 billion.

Dmitry’s key characteristic is responsibility in finding the optimal way to develop partner projects. The main ability is the exercise creative initiative in the implementation of partner projects.

Dmitry is a follower of progressive approaches in business based on the system analysis of the Adizes Institute (USA).

He is an adherent of the strategy of creating new industries of the European Institute of Business Management (INSEAD) (France) in the field of macroeconomics.

He is a member of the Board of Trustees of the Orthodox Charitable Foundation named after St. Andrew the First-Called.

He is the president of the International Association of Graduates of Aviation and Aerospace Universities.

He is fond of piloting aircraft.

He is married and has two adult sons.